Elizabeth Leigh Wilson OAM is a Toastmaster and retired teacher.

Elizabeth was known for many years by her middle name of “Leigh.” She would later start going by her first name of “Elizabeth” in the early 1990s.

Elizabeth “Leigh” studied teaching at a teachers’ college in New Zealand, in the late fifties and early sixties. She would later resume teaching primary students after setting up a family. 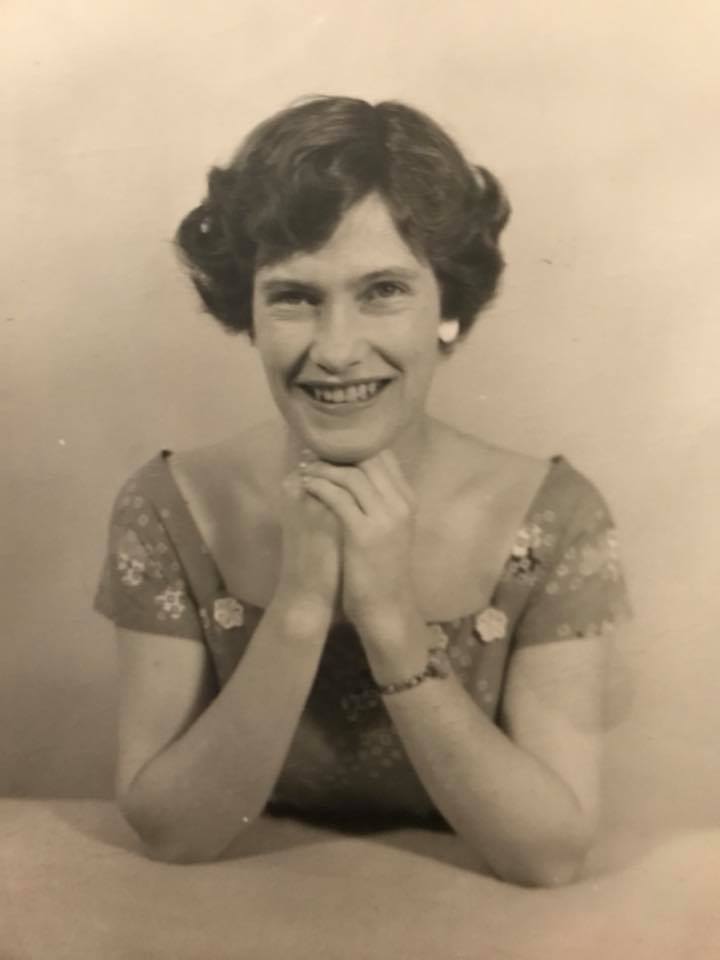 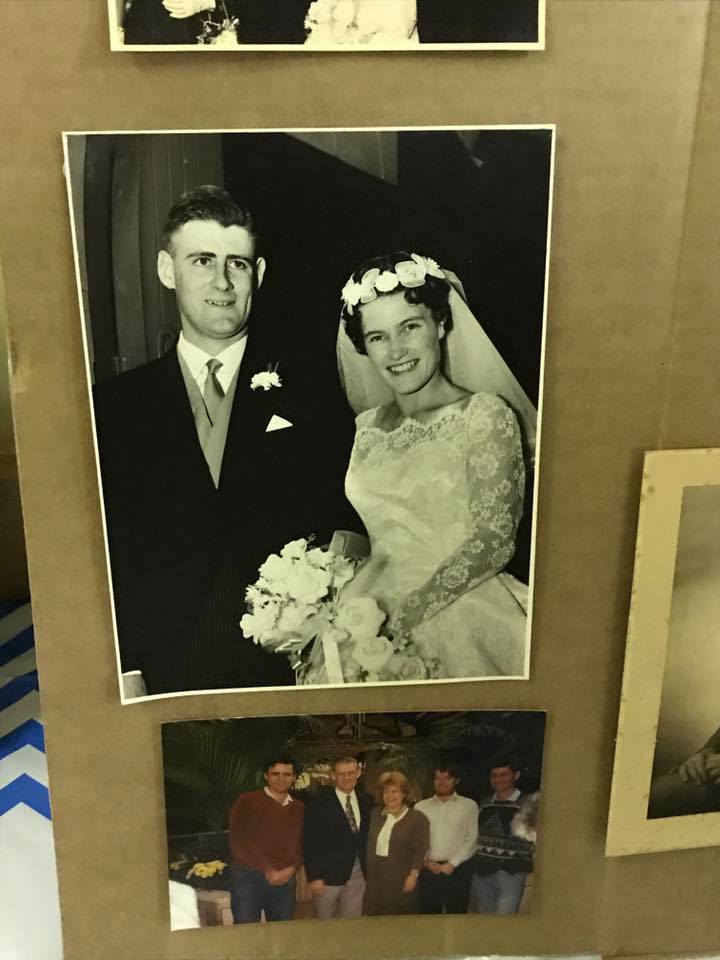 Immigrating from NZ to South Australia and starting a family

The couple left New Zealand. They travelled by sea and moved to outback Australia.

Move to Sydney, Membership in Toastmistresses and Employment as a Primary School Teacher

Mother for the third time

(Elizabeth) Leigh Wilson joined Toastmistresses in 1968 at the age of 28. Women were not yet allowed in Toastmasters. Toastmistresses was an organisation for women to develop speaking and leadership skills.

Working as a teacher

Leadership in Toastmasters before membership

Leadership opportunities occurred for the wives of Toastmasters members in the early days. Elizabeth Leigh took on the role of Chairman of the Ladies Committee, at the 1973 Katoomba Conference for District 70 Toastmasters, at 34. Her sons were aged 12, 10, and 7 at the time.

She was interviewed on television in 1976, speaking about the benefits of the Toastmistresses organisation.

Elizabeth became a grandmother for the first time when her first grandchild, Jonathan Michael Wilson, was born on 9th September 1987.

She became the first female District Governor of District 70 Toastmasters (NSW & ACT) in 1987-1988 in her forties. This was only a few years after women were allowed to join as official members in the organisation.

Elizabeth Leigh Wilson won the District 70 Toastmasters Evaluation Contest at state level in 1989, the year after completing a term as District Governor.

Grandmother of a baby girl

Her first granddaughter, Melanie Suzanne Wilson, was born on 3rd July 1989. This was the first female born into the Wilson family for decades.

By the end of the 1980s, Elizabeth Wilson was juggling multiple roles. She had worked full time as a teacher, became the first woman to lead Toastmasters in New South Wales and the Australian Capital Territory, won at competitive public speaking and became a grandmother twice. She was finishing a title of Immediate Past District Governor when her second grandchild was born.

Promoted when teaching at private school

Elizabeth Leigh Wilson was the Deputy Principal of Tara Anglican Junior School for Girls from 1991 to 1994. She then retired from teaching in 1994 in her mid fifties.

Elizabeth settled into going by her first name of “Elizabeth” in the early 2000s, instead of her middle name / nick name of “Leigh.”

From 2002 to 2006, Elizabeth served as the Toastmasters District 70 Directory Officer.

Becoming a mother-in-law to an Italian

She saw the wedding of her son Richard to Sicilian wife Pinuccia Gravina (born 1968) in Italy on 10th April 2004. The couple held a wedding in Vittoria, Sicily, Italy. They would soon start a family in Trento, Italy.

Leading the training in NSW/ACT Toastmasters

Then in 2006 to 2008, she was Chairman of the Toastmasters Leadership Institute. Her duties also included District Club Officer Training.

During that time, the third grandson was born – Daniele – first son to Richard and Pinuccia. He was born on 8th August 2007.

Also in 2007, Elizabeth and Gary both became the Toastmasters District 70 Supplies Officers. This mail-order shop had became an online store for Toastmasters members throughout Australia. They continued this role until giving notice in 2018.

She was awarded in 2008 as “Outstanding Toastmaster of the Year” at District 70 Toastmasters.

2014 and onwards – Cancer, survival, and involvement

Severe health problems started to appear for Elizabeth at the start of 2014. This contrasted to simultaneous joyous events. The family had celebrated the announcement of Gary’s Medal of the Order of Australia on 26th January for Australia Day. Her husband was receiving an OAM. His investiture ceremony was fast approaching. 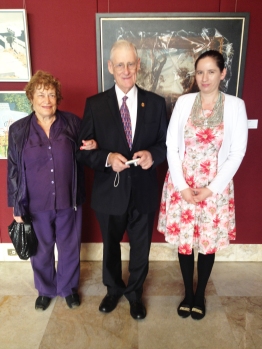 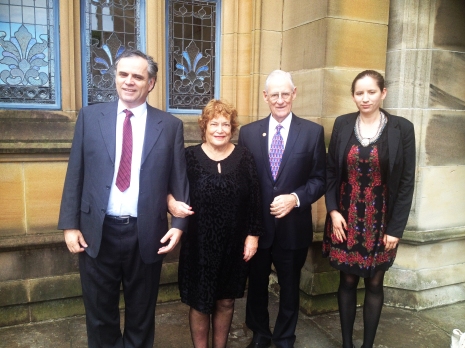 Elizabeth accompanied her husband to his investiture on 2nd May 2014. She felt incredibly proud. Yet her legs could barely support her. She firstly tried holding onto family members when walking. By the end of Gary’s investiture, Elizabeth was seated during the outdoor drinks. Standing would have been too painful.

A diagnosis of cancer was made on Tuesday 13th May 2014. She was requiring urgent surgery by Thursday 15th May 2014.

The next day would be the Toastmasters District 70 Annual Conference. Family would attend as she rested in intensive care after a miraculous surgery. Gary Wilson published an update about Elizabeth’s health on 25th May 2014.

The journey from 2014 was pursuit of stability. Elizabeth soon enough returned to her Toastmasters meetings, holidays in various countries, bridge games and involvement with family.

Family continued quite a journey. Elizabeth’s daughter-in-law Pinuccia gave birth to twins Mattia and Luca on 20th October 2014, barely half a year after Elizabeth’s diagnosis.

Engagement of her granddaughter

Granddaughter Melanie then became engaged to Clay Halford in December 2015.

She continued playing bridge, and only discontinued the employed role due to mobility and health.

She also still served the community at the Hunterford Estate Oatlands, as the Executive Committee Secretary.

Medal of the Order of Australia 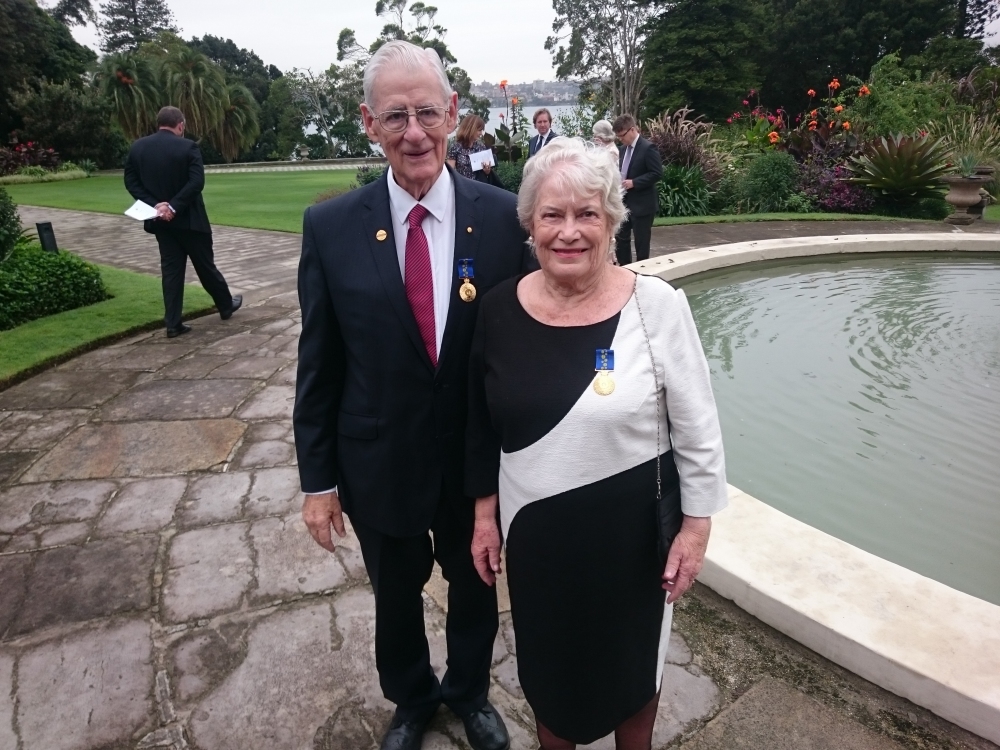 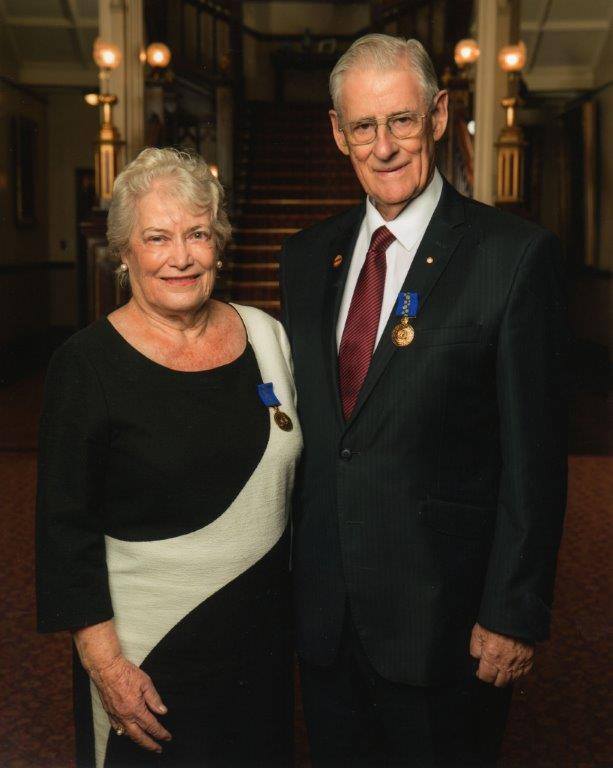 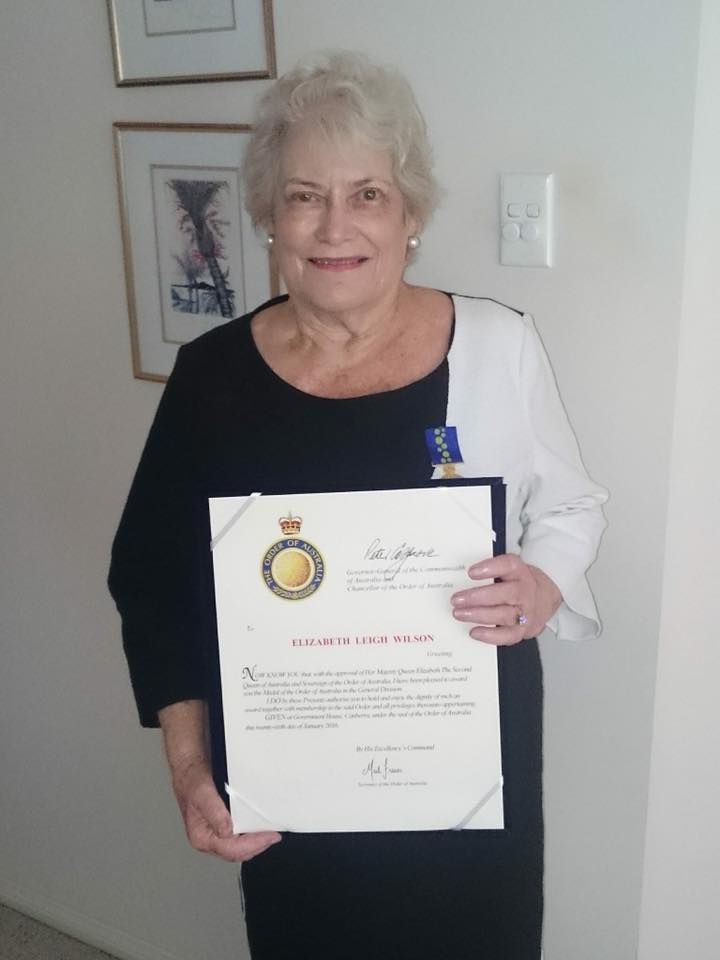 Elizabeth and Gary attended the wedding of their eldest granddaughter and new grand-son-in-law, Melanie Suzanne Wilson and Clay Halford, on 4th September 2017.

She also began a term as the Club President of the Parramatta Toastmasters Club in the middle of 2017, committing to lead the financial year from July 2017 to June 2018.

Speaking as a club leader

Elizabeth Wilson OAM continues as the Club President of the Parramatta Toastmasters Club from mid-2017 to mid-2018. She gave a speech about choosing to ‘woman up’ and why she accepted another leadership position.

Elizabeth and Gary Wilson celebrated their wedding anniversary with a wonderful party hosted by the Parramatta Toastmasters Club in March 2018. 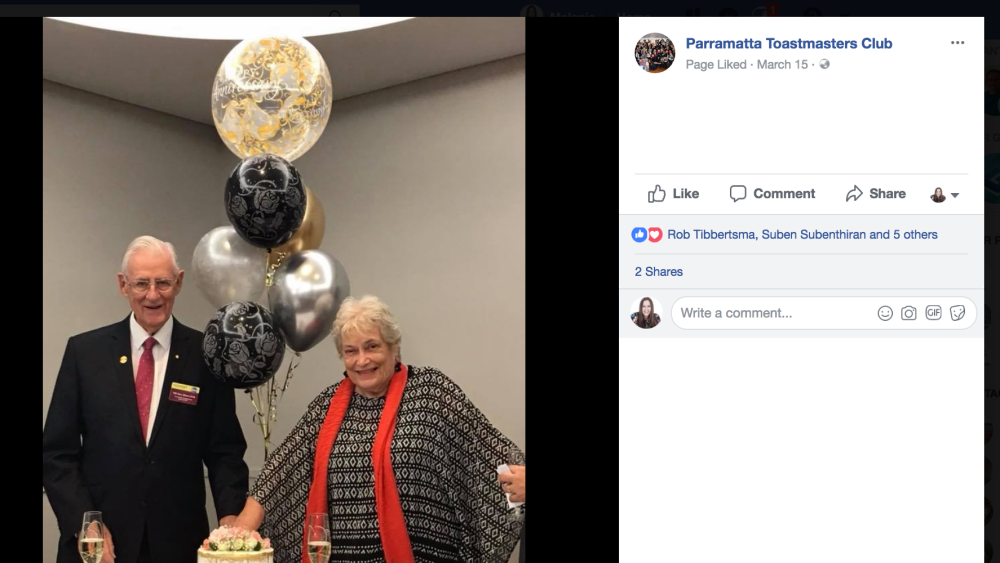